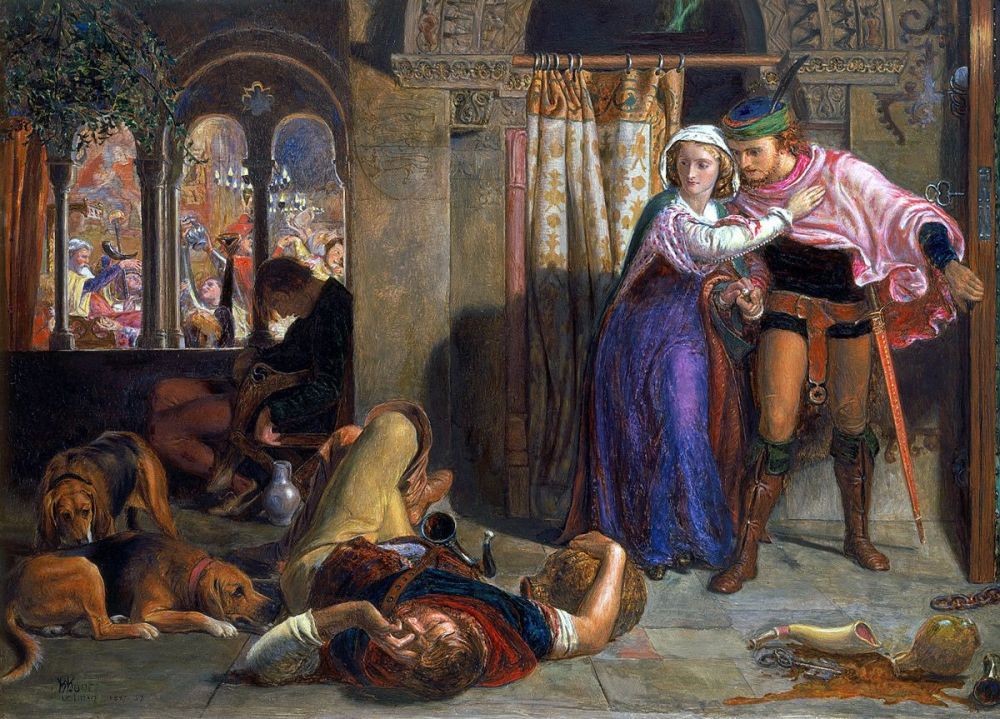 8 in stock.
0 in your basket
View Basket Checkout

William Holman Hunt (1827-1910) was one of the founders of the Pre-Raphaelite Brotherhood. His paintings were notable for their great attention to detail, vivid colour, and elaborate symbolism. It was for his religious paintings that Hunt became famous, especially The Light of the World. In the 1850s Hunt travelled to the Holy Land in search of accurate topographical and ethnographical material for further religious works. There he painted The Scapegoat, The Finding of the Saviour in the Temple, and The Shadow of Death, along with many landscapes of the region.

The Eve of St Agnes was inspired by John Keats' poem of the same name. The poem was based upon the ancient belief that if a young woman prayed to St Agnes on the eve of her feast, then she would see in her sleep the face of the man she was destined to marry. Madeleine and Porphyro, two lovers who have been kept from each other's arms by the jealous rivalry between their two families, are the principal figures of the poem and the painting. On St Agnes' Eve, Porphyro gained access to Madeleine's bedroom, pretending at first to be a vision. After revealing his true identity he persuaded her to leave her father's house and marry him.

Hunt's painting illustrates the penultimate verse of the poem, in which the two lovers are described as escaping. Nobody else is awake in the poem, however, Hunt has increased the tension of the moment of escape by adding feasting guests of Madeleine's father to the scene. These debauched partygoers are significantly placed on the left hand side (traditionally the side associated with evil), in contrast to the goodness and piety of the couple escaping through a door on the right (traditionally the side of righteousness).