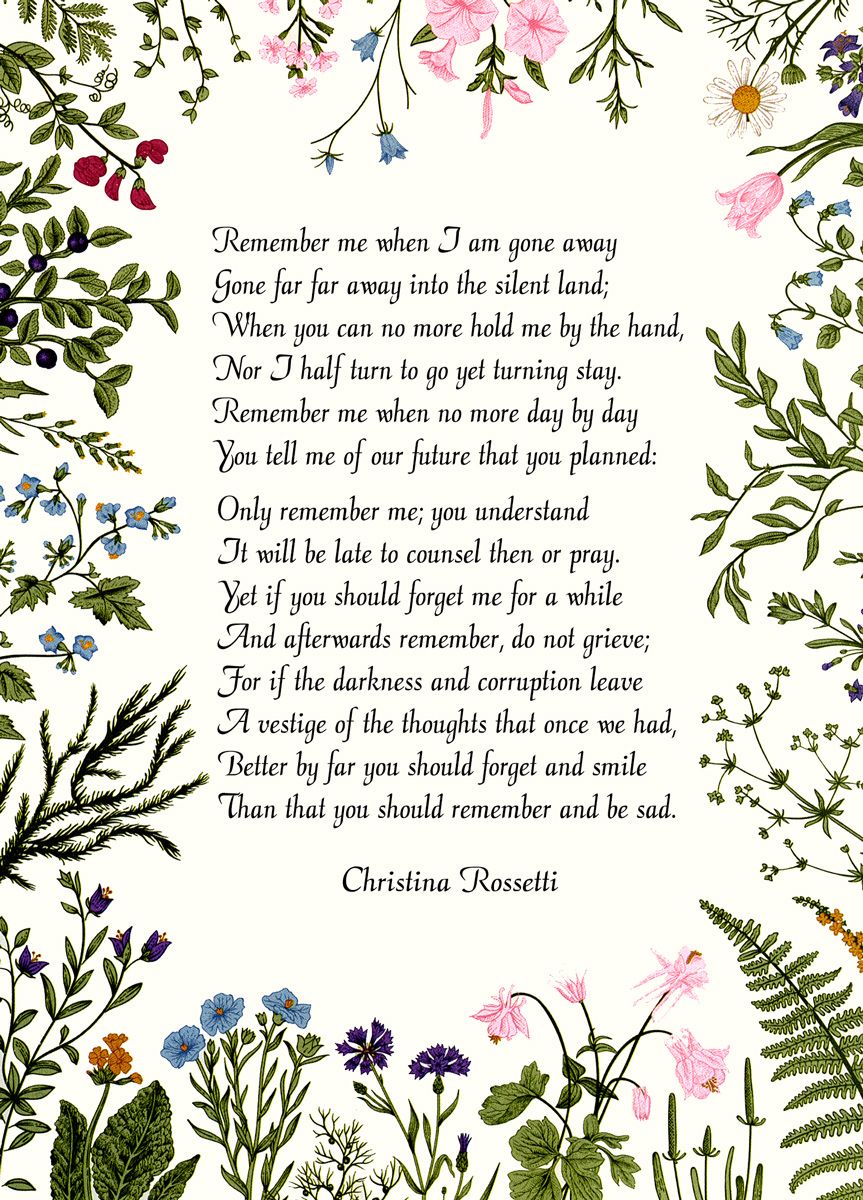 Christina Rossetti (1830-1894) was an English poet who wrote a variety of romantic, devotional, and children's poems. She was the sister of the Pre-Raphaelite artist Dante Gabriel Rossetti, and the writer and critic William Michael Rossetti. She sat for several of her brother's most famous Pre-Raphaelite paintings. In 1848, she was the model for the Virgin Mary in his first completed oil painting, The Girlhood of Mary Virgin, and the following year she modelled for his depiction of the Annunciation, Ecce Ancilla Domini.

She is most famous for writing Remember, and Goblin Market. She also wrote the words of two well known Christmas carols - In the Bleak Midwinter, later set to music by Gustav Holst and Harold Darke, and Love Came Down at Christmas, also set by Harold Darke and by other composers. Goblin Market and other Poems appeared in 1862, when she was 31, receiving widespread critical praise, establishing her as the foremost female poet of the time. Gerald Manley Hopkins, Swinburne and Tennyson lauded her work, and with the death of Elizabeth Barrett Browning in 1861 Rossetti was hailed as her natural successor.

Rossetti maintained a very large circle of friends and correspondents and continued to write and publish for the rest of her life, primarily focusing on devotional writing and children's poetry. Her work strongly influenced the work of such writers as Ford Madox Ford, Virginia Woolf, Gerard Manley Hopkins, Elizabeth Jennings, and Philip Larkin. Many considered her our greatest woman poet, probably in the first twelve of the masters of English verse. She became deeply interested in the Anglo-Catholic movement that developed in the Church of England, and Religious devotion came to play a major role in Rossetti's life.