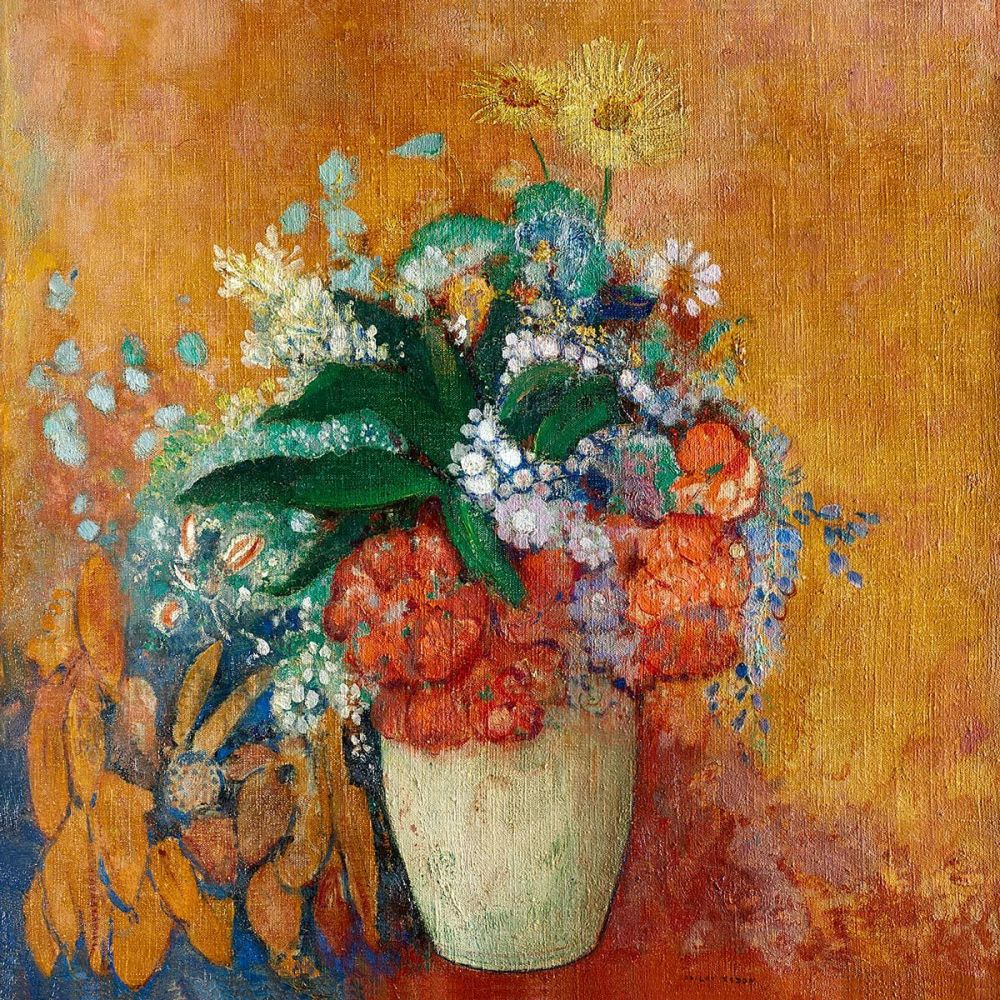 Odilon Redon (1840-1916) was born in Bordeaux in 1840 and grew up in the surrounding region. During his early years he studied drawing, architecture, and the violin. A friendship with Armand Clavaud, a local botanist and philosopher, stimulated Redon's passion for romantic art and literature.

Deploring the emphasis on rational, phenomenal experience in academic and naturalist art, Redon turned for inspiration to the imaginative paintings of Delacroix, the prints of Goya, and the poetry of Charles Baudelaire. In 1870 he settled in Paris and produced his first Noirs. These visionary images, featuring floating eyes and severed heads born aloft on wings, reflect Redon's belief in the superiority of the imagination and fantasy, which he considered "the messenger of the unconscious." After producing his initial Noirs in charcoal, Redon discovered a method of transferring his drawings to lithography in 1876.

Throughout the 1880s he continued to use charcoal, etching, and lithography as his primary media, and emerged as a leader of the symbolist reaction against impressionism. Redon's antinaturalist, visionary art inspired many symbolist and Nabi artists, including Gauguin and Vuillard. After 1890 the focus of Redon's activity shifted from monochromatic drawings and prints toward exploring colour in richly worked pastels and oil consisting mostly of portraits and floral still lifes. He had a keen interest in Hindu and Buddhist religion and culture, and the figure of the Buddha increasingly showed in his work.

Vase of Flowers 1905 was painted in oil on fabric, and using his knowledge of botany as a starting point, Redon infused the flowers with heightened luminosity and sensuous form.