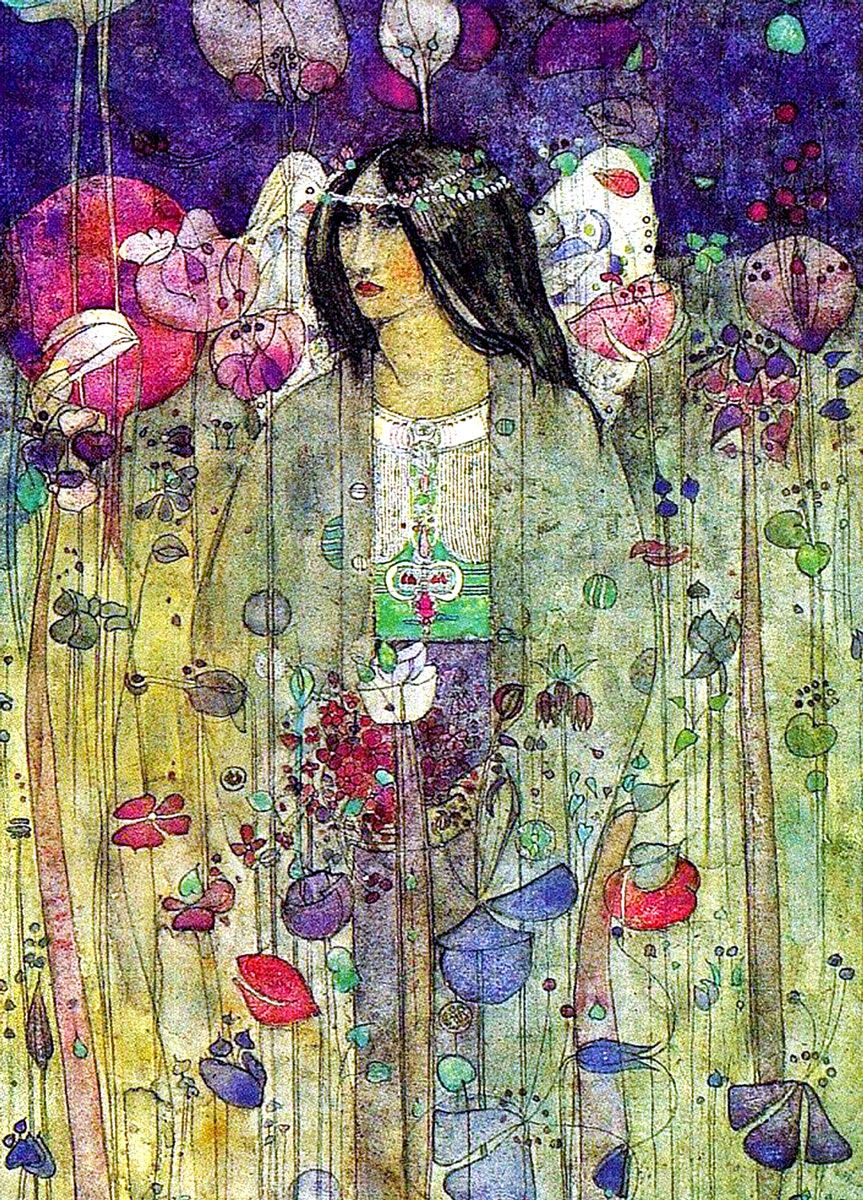 While a young architectural apprentice, Charles Rennie Mackintosh (1868-1928) attended evening classes at the Glasgow School of Art, where he met Herbert MacNair, Frances Macdonald, and her sister Margaret Macdonald (who would later become Mackintosh's wife). Together they formed "The Four," producing watercolours, poster designs, and small decorative objects that were published in The Studio. In 1889 Mackintosh was hired as a draftsman at the architectural firm of Honeyman and Keppie, where he would remain until 1914. It was there that he developed a unique design idiom based on the forms and materials of traditional Scottish architecture.