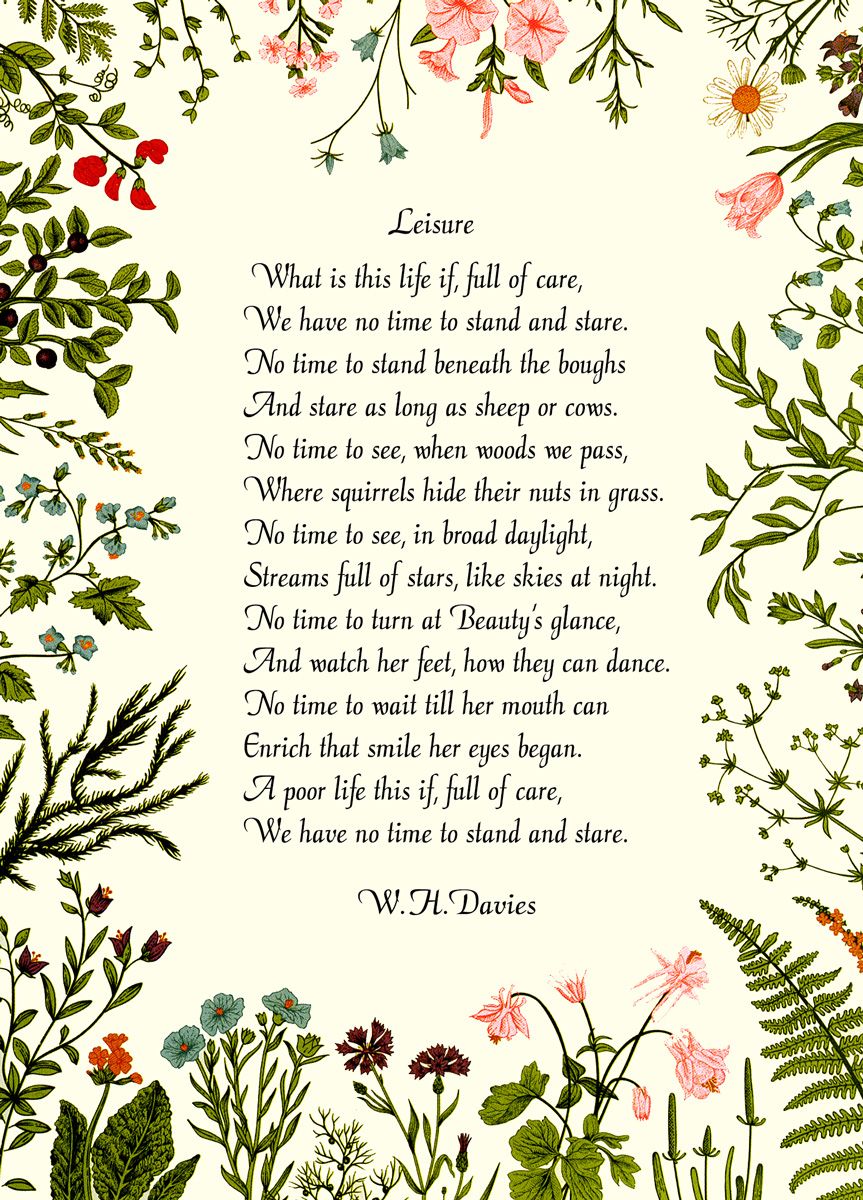 William Henry Davies (1871-1940) was a Welsh poet and writer. He spent much of his life as a tramp or hobo in the United Kingdom and the United States, yet became one of the most popular poets of his time. His themes included observations on life's hardships, the ways the human condition is reflected in nature, his tramping adventures, and the characters he met.

The theme of Leisure is reflected in Davies’s own outdoor life, which was unconventional. Leaving Wales, he worked and begged his way across America, losing a leg in an accident when jumping from a train. He returned to England and, unfit for physical work, dedicated himself to making a living as a writer. His first collection of poems attracted influential admirers, such as George Bernard Shaw, who helped Davies publish a successful memoir, The Autobiography of a Super Tramp, which dealt with his life travelling across America.

The poem Leisure appeared originally in his Songs Of Joy and Others, published in 1911 by A. C. Fifield and then in Davies' first anthology Collected Poems by the same publisher in 1916. It was to become Davies' best-known poem, and warns that the hectic pace of modern life has a detrimental effect on the human spirit, and modern man has no time to spend free time in the lap of nature.