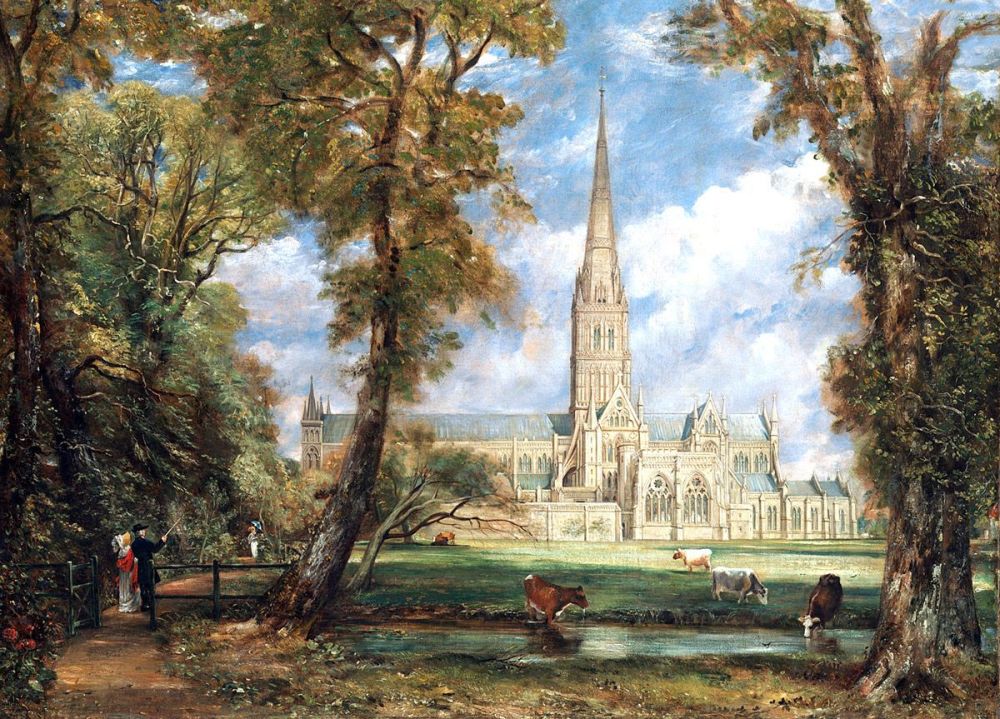 image courtesy of the Metroplitan Museum of Art, New York

Landscape painting in oils steadily became more popular during the 19th century. John Constable and his contemporary J.M.W. Turner take credit for establishing landscape as a significant subject. Until then, history paintings had been considered more important, but increasingly naturalistic paintings of picturesque views of the British landscape appealed to a wider section of the art-buying public.

Dr Fisher, Bishop of Salisbury, commissioned this painting of the Cathedral in 1820, and both he and his wife appear in the left-hand corner of the finished work. Constable had made a series of sketches before starting work on the canvas, and after it had been exhibited at the Royal Academy in 1823, he was asked to make a smaller version and a full-scale replica. The painting embodies the full range of qualities of a quintessentially British landscape painting - the clouds, trees, a water meadow, cattle drinking at the edge of the pasture and the glorious architecture of a medieval cathedral - but all on a human scale.