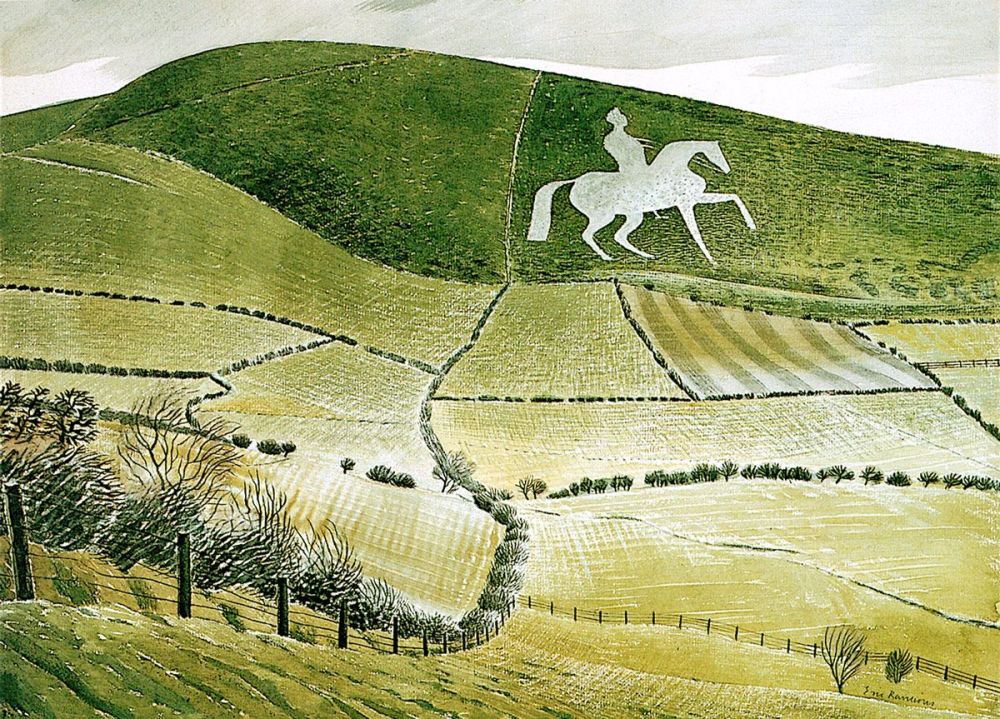 During the 1790s, George III spent his holidays in the Dorset port of Weymouth, establishing it as the first English seaside resort, and in 1808 this equestrian figure was carved into nearby Osmington Hill to celebrate his patronage. Ravilious painted this horse on a tour of chalk figures in December 1939 prior to his appointment as an official war artist.