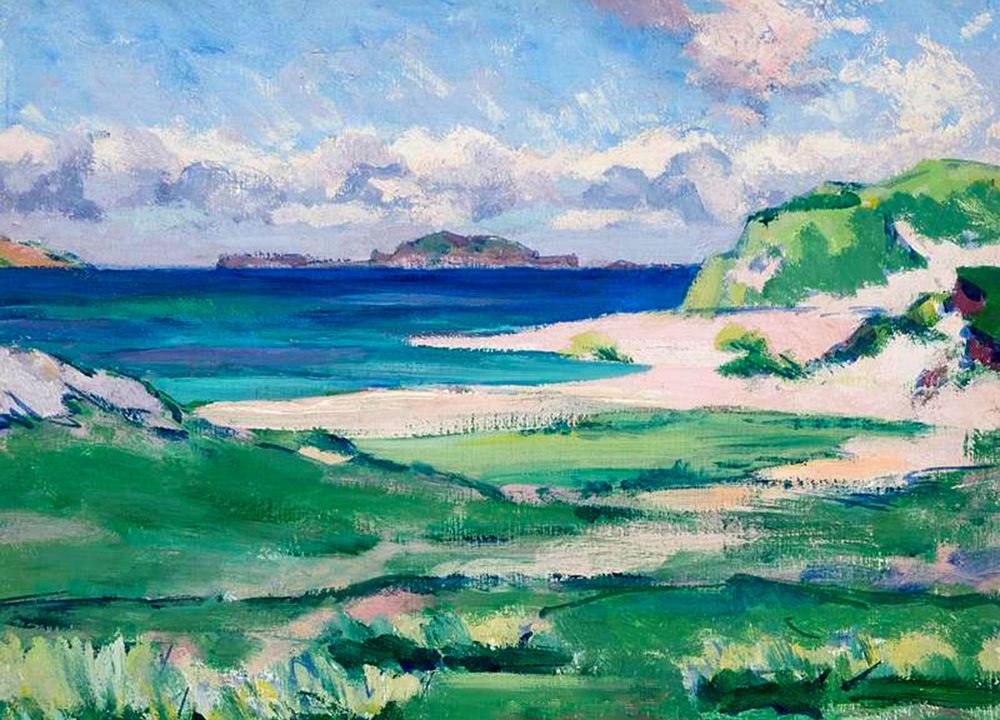 He enjoyed the landscape of Iona enormously, which he first visited in 1912 and features prominently in his work. During the 1920s he spent several summers with Samuel Peploe, another Scottish Colourist, on painting trips to Iona. The quality of the west coast light, coupled with the startlingly bright effects created by sand, sea and sky, proved to be a great impetus for his art. The fluid brushwork and use of vibrant colour, which Cadell had discovered whilst painting in the south of France, was not abandoned when he returned to Scotland and is much in evidence in this painting.

The island of Lunga is the largest of the Treshnish Isles in Argyll and Bute. The Isles are part of the Loch Na Keal National Scenic Area, and is home to thousands of breeding puffins. It was inhabited until the 19th century, and still bears the remains of blackhouses. The remains of the ruined village, abandoned in 1857, lie in the northeastern part of the island.